The first interpretation board commemorating the life of Walter Bagehot was unveiled on 25 March 2013 in the newly-renamed Walter Bagehot Town Garden. 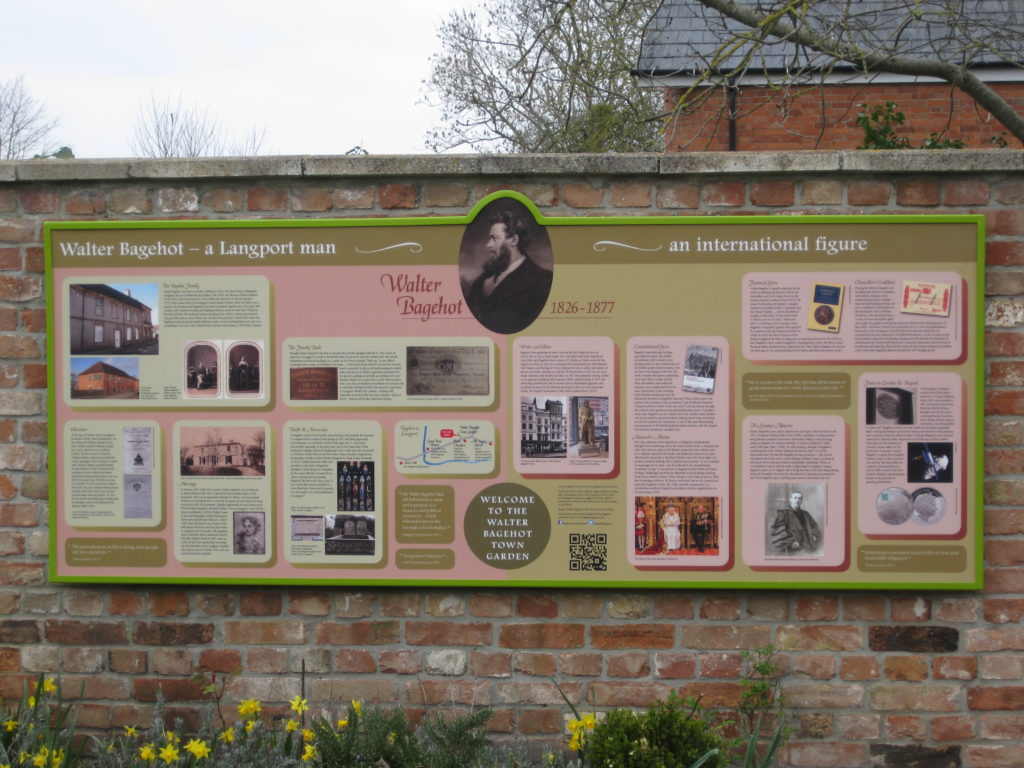 The Fund’s proposal in 2012 for the renaming of the Town Garden was accepted by the Langport Town Trust, and the Fund commissioned the Interpretation Board from a local professional designer, Belinda Magee. A range of national and international bodies, including University College London, The Royal Mint, The House of Lords and the Woodrow Wilson Presidential Library in Virginia, generously supported the production of the Board by allowing the use of their images.

The impressive board is 2.4 metres long and pays tribute to Bagehot as a Langport man and as an international figure. It was unveiled by representatives of The Economist, which has a distinguished record of supporting Bagehot’s memory in Langport. Bill Emmott, a former editor of The Economist, and John Aram, former Economist writer, held the ends of the ribbon, which was cut by Helen Mann, The Economist’s archivist.

Two further interpretation boards are planned: one focussing on his banking experience, to be placed on or near the Stuckey’s Bank building in Cheapside (later the NatWest Bank, now the Old Bank), and a further board in All Saints’ Churchyard, where he is buried.

Plans for a banking board ran into difficulties about its precise location, but the proposed board in All Saints’ Churchyard has obtained permission from both the Diocesan and District Council planning authorities.