Chris Osborne, a well known local figure who was active in community affairs and chaired the Town Council, was instrumental in rescuing a long-disused water pump and putting it on display in the Walter Bagehot Town Garden in 2011. This is his story explaining the significance of the pump to the town.

The floods in the winter of 1960 were worse than usual. The river had burst its banks and the moors were flooded. It looked as though Bow Street would be flooded again, and badly. Houses and businesses were at risk.

Chris, then a young man in his 20s, was busy in his workshop at the Great Bow Yard. He had come to Langport to construct the Langport Huish sewer system, replacing the old channel of waterways and canals. He remembers the following events well.

He said: “I was wearing my Wellington boots because the water came up to your shins. I was working in my workshop when a chap called Hugh Binder walked in. He said: ‘Chris, this bloody flood is getting serious.’ Everybody was concerned at the level of rising water and could see what was going to happen.

“The next thing there were four or five Green Goddess fire engines at the bank and pumping water and chucking it on the moor. I said: ‘What about the pump?'”  A huge G & H Gwynne of London water pump installed in the early decades of the 20th century, sat redundant by the side of the Parrett. It was called the Invincible.

He said: “It was rusty and solid as anything. We got a tractor to pull it out and we stripped it down. We replaced the glands, the bearings and totally cleaned it out. It’s a remarkable piece of engineering.  “We managed to get it going about 3.15am and the noise woke everybody in the town. We removed two inches of water in the first hour and just needed to keep it going. We then got to removing eight inches per hour no problem. It worked like a dream.”

The pump was kept running and drained enough water to reduce the level running through the town and keep it out of the properties. Many years later, that same pump was rescued from the river bank again and put on display.

Click on an image to enlarge it and see the caption

There’s more information about the pump in the leaflet The pump that saved Langport (reproduced below by kind permission of Langport Town Council). 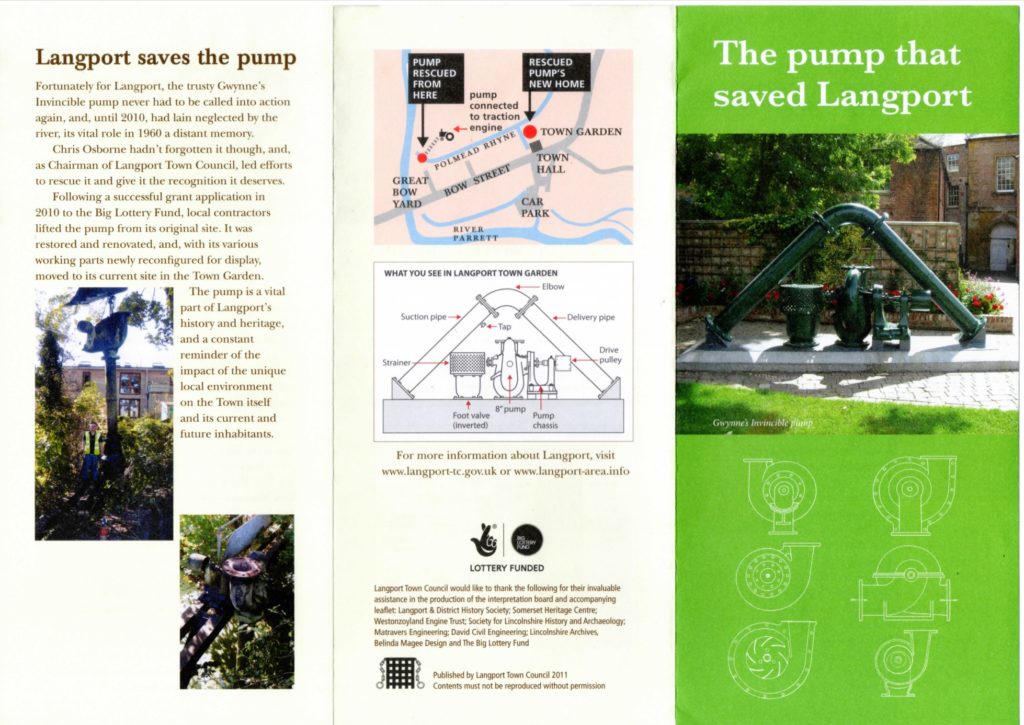 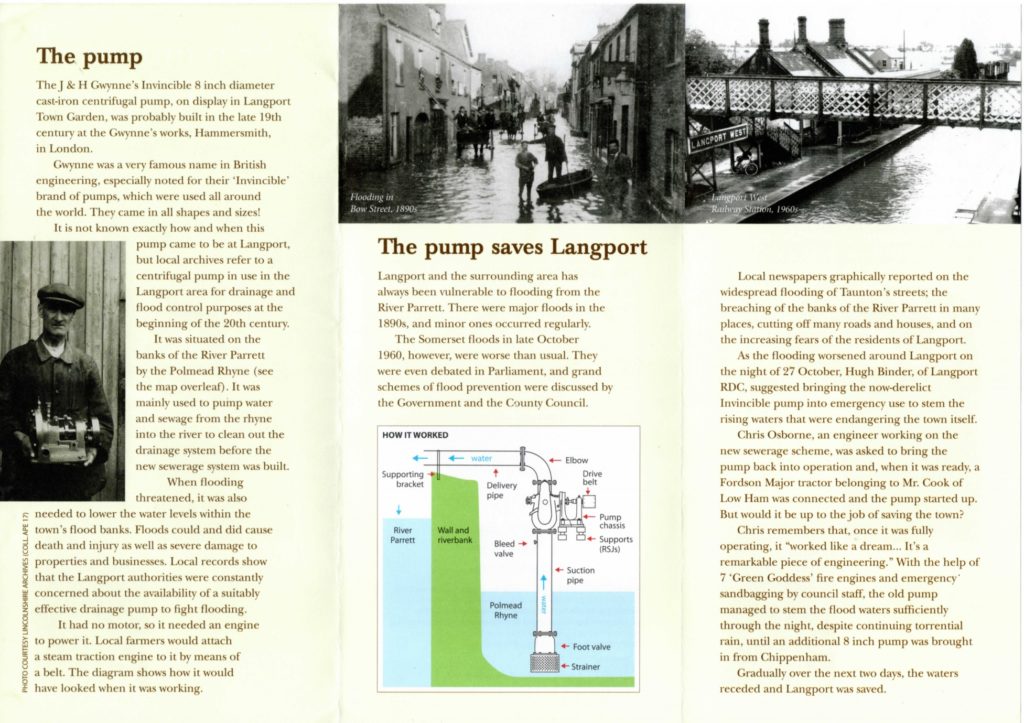